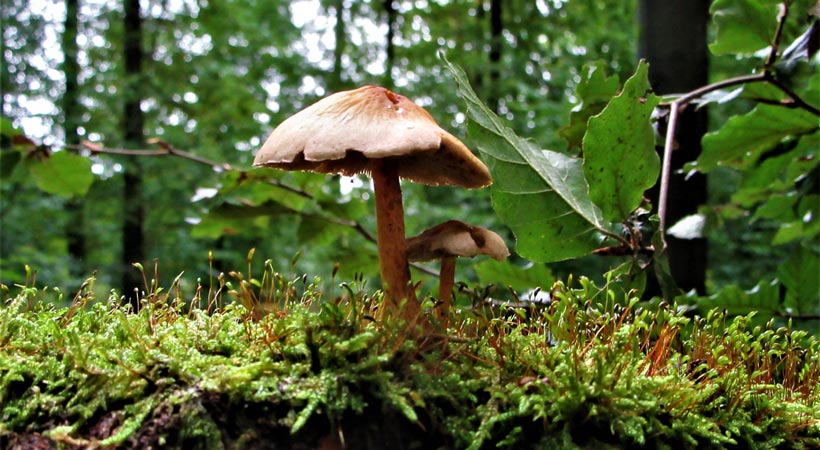 The reputation of magic mushrooms is changing across the United States — and worldwide — for the better.

Mushrooms are no longer considered to just be a drug associated with the hippie lifestyle of the 1960’s. Today, these powerful hallucinogens are being used in all manner of surprising ways.

In medical circles, it is universally accepted that magic mushrooms harbor real potential.

Early research indicates that mushrooms offer very promising results in treating certain conditions — in some cases, even more so than pharmaceuticals.

Perhaps you would be surprised at the types of individuals that opt to try these magic fungi; modern-day mushroom enthusiasts aren’t heavy drug users or societal dropouts.

Today’s users of magic mushrooms are surgeons, bankers, physicists, computer
programmers. They are productive members of society. You can’t point your finger at

So what is the secret to the mass appeal this drug seems to have?

Or, what is it exactly that puts the “magic” in magic mushrooms?

This ingredient is a naturally psychedelic prodrug. This means it only becomes active once it’s digested (and converted to psilocin).

People who ingest mushrooms containing the drug psilocybin may experience psychedelic occurrences — called “trips” — that include a distortion in vision, sound, and tastes.

They may find their feelings and emotions intensify, and can feel like time has sped up, slowed down, or stopped completely.

There can be a changed perception of one’s place in the universe and a feeling of communing with a higher power.

But other than offering up a good time, what else can psilocybin mushrooms be good for?

They May Aid Mental Health

Psilocybin is shown to be an effective treatment for certain conditions, such as:

Harbor-UCLA Medical Center headed up a study on the use of hallucinogens as psychiatric therapy for patients facing death.

All participants — who had advanced-stage cancer — took part in two six-hour treatment sessions.

The first session saw participants receive psilocybin. In the second session, they received a placebo. After taking the prescribed drug, participants then listened to music for several hours whilst laying down.

They were then interviewed to assess changes in their mood. Follow-up interviews went on for six months.

The patients who took psilocybin reported a general reduction in their anxiety over the next six months, with the biggest reduction coming at the one-month and three-month marks. Also, a significant lessening of depression was seen at the six-month mark.”

These results show that psilocybin can help reduce depression and anxiety over time.

And while there’s no evidence to suggest these changes were permanent — and more research in the field psilocybin mushrooms is still required — accounts of positive mental changes are abundant.

Mental Improvement With Psilocybin Use

What did one of our customers say about their mood since using our mushroom products?

They May Heighten The Brain’s Connectivity

How was this determined?

It was found that the brain’s functional patterns undergo a dramatic change post-psilocybin — a change that is not observed in the case of placebo.

While under the influence of psilocybin, the brain synchronizes activity, and this activity was observed in networks that would not usually connect. Namely the areas of sensation and movement.

They May Boost Creativity

By nature, us mere mortals are eager to become sentient beings. We want to grow, connect, learn, and develop. But an array of experiences, good and bad throughout our life, can shut us off from new ideas.

A guarded attitude can limit our creativity and, in such cases, magic mushrooms can help.

“Openness” is a psychological term reflecting a person’s attitude toward new experiences. It’s associated with traits like imagination, creativity, and aesthetic appreciation. This includes fields such as art, music, and dance.

Not only did openness rise during a psilocybin session, but it remained that way for one year for 60% of patients.

A customer of ours talks of how our products have helped to bring on periods of flowing ideas:

It’s no surprise, then, that so many notable creatives have used psychedelics.

Influential People Who Have Used Psychedelics

Psilocybin has provided many people with a life-altering opportunity. Some consider that the hallucinogen may have been a determining factor in their success — or that it at least was useful in guiding them toward their life path.

Neuroscientist and philosopher Sam Harris says of his experience with magic mushrooms:

There was a period in my early twenties when I found psilocybin and LSD to be indispensable tools, and some of the most important hours of my life were spent under their influence. Without them, I might never have discovered that there was an inner landscape of mind worth exploring.”

Magic mushrooms do not carry the same social cachet as other plant-based drugs, but the taboo around them is diminishing as the decades pass by.

Here at Mind Mend, we know how important mushrooms are. And we are committed to educating people about safe psilocybin use.

As with any drug, mushrooms can come with some risks, such as:

There is no way to avoid side effects completely, but you can take some precautions, such as:

We are committed to offering safe psilocybin products for everyday use.

These products are an effective way to boost performance, creativity, and general well-being. Plus, they can relieve people who suffer from a variety of conditions.

If you want to experience the full benefits whilst also doing your best to minimize the chances of a bad trip, try microdosing.