How Shrooms Help With Freedom From Addiction 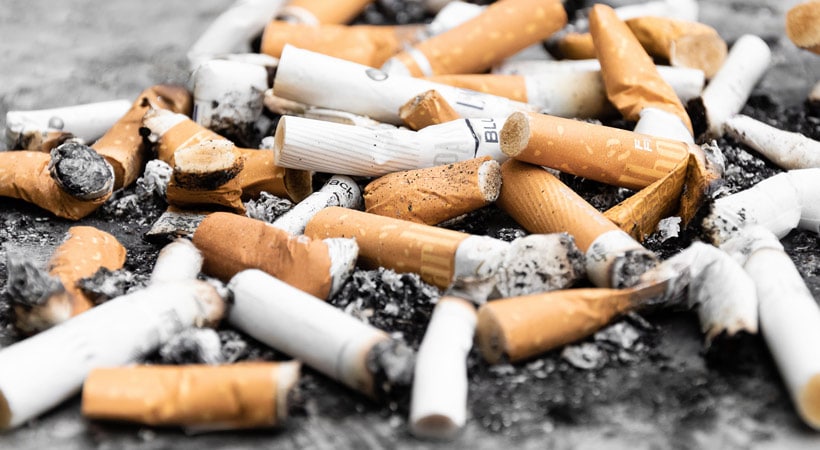 Many Americans still associate hallucinogens with the hippie lifestyle of the 1. 60s: drugs. A lifestyle that now gives beneficial psychedelics like shrooms a bad rap.

…This stereotype is seriously outdated.

Today’s clinical trials and studies on psychedelic experimentation prove this.

Accumulated research to date suggests psychedelic drug-assisted psychotherapy may emerge as a potential breakthrough treatment for some mental illnesses. They include depression, anxiety, post-traumatic stress disorder, and addiction.”

Today, we’re talking about an opportunity for many to experience freedom from addiction.

Desperate for freedom from her nicotine addiction, she joined an experimental study of psilocybin therapy for smokers.

For Carine, quitting smoking felt like an unattainable feat. Yet even when faced with one chance at freedom from addiction, she still had concerns:

Treatment is basically saying good-bye to a very old friend. And worrying about: Am I going to be OK without this one good friend?’”- npr.org

Just like 49 million other tobacco users in the U.S, Chen-McLaughlin tried everything to quit but nothing worked.

At least not for over one week — but we’ll return to her story later.

What is Addiction in Simple Words?

Addiction is a brain disease characterized by out of control substance use. People with addiction are so preoccupied with drugs that it consumes their life.

Some of the most common addictions are:

People with drug addiction have a warped sense of reality which seeps into their behavior and bodily functions.

This happens due to changes in their brain wiring, which induces strong cravings for the drug they’re addicted to. It makes it difficult for the inflicted to get freedom from their addiction.

Addiction causes problems at work and with family members — though these people may offer the best support once the addict accepts addiction treatment.

Categories of Symptoms for Substance Use Disorder

The four main categories are:

Addiction also affects mental health. People with addiction tend to have one or more co-occurring mental illnesses like depression.

The addiction may either aggravate pre-existing mental conditions, or the conditions may drive people to drugs as a form of treatment. This works as momentary freedom rather than recovery from their debilitating symptoms.

For the majority of my life, I’ve struggled with anxiety and depression. I have been to more doctors than I care to share. Mind Mend has changed my life. They’ve given me back my freedom.” – Judith Marie

Which Hormone Is Responsible for Addiction?

Some people still believe freedom from addiction is about willpower. Hopefully, the right information on the hormones involved will change that.

Whenever you do anything that feels pleasurable, your body releases dopamine. By pleasure, we’re talking about food, sex, and drugs.

Drugs like cocaine cause a massive release of dopamine that’s impossible to achieve without the drugs.

Below are two steps showing addiction, as users’ brains become heavily reliant on drugs for these unnatural sensations — trading their freedom for dependency:

In this illustration based on PET studies, cocaine blocks the dopamine transporter, preventing it from pulling dopamine back into the sending cell.

Serotonin is responsible for pleasurable feelings. Yet it plays a unique role in addiction.

Drugs like marijuana and other hallucinogens produce excessive amounts of serotonin. Users share it makes them calm and peaceful.

Despite this, repetitive use reduces the body’s natural response to serotonin, especially during treatment for depression.

It does this through:

“Adrenaline junkies” get addicted to the rush from high-risk behaviors like bungee jumping so they’re more at risk of drug addiction.

After the body is deprived of substances it depended on, it changes. It relies on higher levels of adrenaline and norepinephrine for the fight-or-flight response.

This explains why many addicts quit rehab before completing their treatment.

Recent research reveals that high levels of cortisol may lead to alcohol addiction.

Attempts to withdraw from alcohol result in higher cortisol levels, and this discomfort hinders addiction treatment.

Yes, addiction can tax on your physical and mental health. Especially when you have little support and information on your recovery journey.

…But we’re here to help you get freedom from addiction by taking shrooms.

I wish I’d known about this product sooner. Years of suffering gone boom! I was new and very scared of taking shrooms, but I’ll never look back. Truly godsend treatment and freedom.” – April

Remember the bold Carine Chen-McLaughlin who sought freedom from addiction?

As a patient in the study, she’d ingest only one dose of psilocybin in a private session that included Cognitive Behavioral Therapy (CBT).

She stayed committed to recovery and followed her treatment plan.

With help from CBT and support from her family, psilocybin completely changed her life.

…you never start a sentence with an ellipsis some initial challenges during treatment.

The psilocybin session would last six hours or so. As the shrooms kicked in, she was directed to close her eyes, go inward, and embrace whatever shows up.

I lay for hours on the couch as the psilocybin unleashed a host of fears. My fears took the form of swirling dark clouds I believed were trying to suffocate me. And that was super scary.”

Yet a vision of her then-recently deceased mother carried her through that experience. Somehow she could feel her spiritual presence dissipating the dark clouds.

That marked the point of freedom for her life. Because as the dark clouds disappeared, so did her desire to smoke.

Let this be a reminder:

Psilocybin has been the ultimate game-changer for Carine’s addiction treatment. Not only has she quit smoking but she’s also physically repulsed by cigarettes. Talk about freedom!

One day I was feeling stressed, so I asked my husband for a puff of his cigarette. But when I reached for it, I couldn’t even touch it. You could pay me $5,000 and I couldn’t do it. I know it sounds really weird, but that’s what happened: Something in my brain sort of got switched. I guess this is what freedom from addiction looks and feels like.”

Who would have ever thought freedom from addiction to be possible?

We did. We still do. We see it every day through the customers we help.

I am living proof that mushrooms can help people with addiction issues.” – Carl Ray 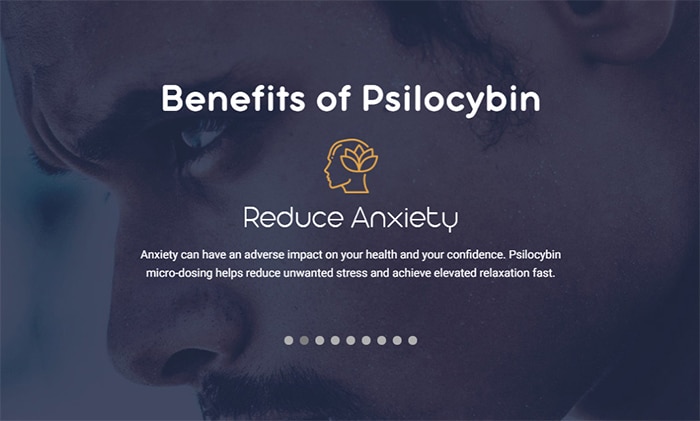 A smoother treatment and recovery process awaits you.