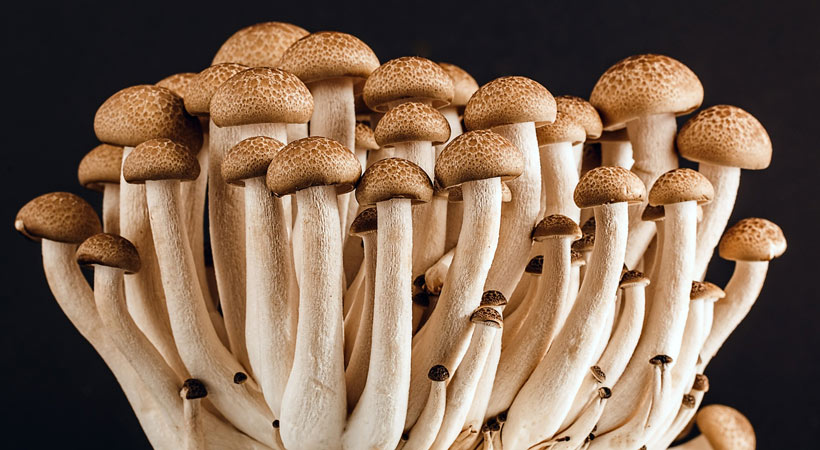 There’s a lot of information and a lot of misinformation out there about magic mushrooms.

At Mind Mend, we’re here to help you sort it out.

Discussion of magic mushrooms, also known as shrooms, is really a discussion about psilocybin. Psilocybin is the chemical compound that puts the “magic” in magic mushrooms.

We empower individuals through the use of psilocybin.

As a war veteran from the Iraq War, I was diagnosed with complex PTSD. I have lived the better half of the last 10 years wanting to disappear. Mind Mend has gave me my life back.” – Tyler B.

We’re setting out to provide you with an answer to this simple question: what is psilocybin?

We want to be as direct as possible.

…But bear with us if we get a bit scientific. We think it’s worth it to be informed. Here goes.

Let’s break that down word by word:

Psilocybin is found in its most potent form in three members of the mushroom genus psilocybe. These are psilocybe azurescens, psilocybe semilanceata, and psilocybe cyanescens.

How do Psilocybin and Psilocin Act on Serotonin Receptors?

Psilocybin mushrooms contain both psilocybin and psilocin. Psilocybin is present in a much larger amount than psilocin.

Psilocin is what acts as a drug on your brain during a shroom trip. But, we’ll continue to refer to psilocybin as the active agent, since that’s what you ingest in a larger quantity.

Psilocin is technically the active agent that produces trips. However, psilocybin is more commonly discussed. That’s because most of what we’re consuming in a magic mushroom is psilocybin.

These include mood, aggression, anxiety, cognition, and learning.

Here’s the key takeaway: something that has a strong effect on serotonin receptors can lead to some incredible mental experiences.

And in the case of psilocybin mushrooms, that’s what we call “tripping.”

First of all, let’s be clear: it’s not possible to truly describe the effects of psilocybin. We simply do not have the words to really express it.

So, if you haven’t ever ingested psilocybin but you’re curious, just know that you’ll never really know until you try it.

That said, here are the basics.

Shrooms can be dried and eaten. Eating dried mushrooms is the most basic form of ingestion. But, psilocybin can also be delivered in tinctures, capsules, or gummies.

These delivery methods are simple and predictable. Also, they bypass the experience of chewing and tasting dried mushrooms. Many people find that taste to be unpleasant.

The effects of psilocybin typically last for between two and six hours. But, it might feel like longer. In a strong trip, psilocybin can alter your perception of time.

Psilocybin use can result in some of these experiences:

The intensity of the effects listed above will depend on the dosage. Those effects can be experienced mildly, or with extreme intensity.

The effects may also be experienced with less intensity once experience is gained with the drug.

You may have heard the phrase bad trip associated with psilocybin drug use.

Bad trip refers to an unpleasant experience during psychedelic drug use. This can be marked by fear, anxiety, and other negative feelings.

A bad trip can occur because you enter the trip during an emotional low point or a time of stress. Or because of using more than one drug at the same time.

Set and setting is critically important for constructing your psilocybin experience.

“Set” refers to the mindset and attitude in which you enter a trip.

“Setting” refers to the physical and social environment in which you enter a trip.

Therefore, it’s important to do some planning before psilocybin use. And to do some inner work on your state of mind.

However, there will always be some challenging moments during an intense psychedelic experience. You might explore mental territory that is new to you. New thoughts and feelings can be overwhelming and scary.

Basically, psilocybin use will challenge you.

But that challenge can be what makes the experience so valuable.

Research has shown that many years after the use of psilocybin, the experience is described as one of the high points of a person’s spiritual life.

Psilocybin occurs in nature. It has cultural and religious importance throughout the world. And it has a low potential for abuse. These factors contribute to the legal gray area that psilocybin occupies in many countries.

Canada is among the more progressive nations regarding psilocybin legality.

There are now psilocybin dispensaries operating in Canada. They operate in the same legal gray area that medical marijuana dispensaries did before legalization.

Psilocybin and psilocin are classified by Canada as a Schedule III drug, which is lower status than even cannabis. Therefore, legal concerns for consumers are minimal.

For customer members of Mind Mend, your information is safe. You won’t get in trouble for possession or use of psilocybin.

Cultural Use of Psilocybin in Human History

The fondness and respect that people today have for shrooms is nothing new.

The human relationship with psilocybin appears to go back a long, long way. There’s evidence that our paths have been linked for thousands of years.

Mushrooms that contain psilocybin have a similar appearance to certain types of poisonous mushroom. However, that didn’t stop various cultures from learning to identify and embrace them.

It is believed that ancient use of psilocybin was widespread around the world. Evidence of use has been discovered in Siberia, Algeria, Greece, Mexico, and other places.

6,000-year-old pictographs discovered in Spain show mushrooms that are believed to be a psilocybin mushroom native to that area.

Ethnobotanist and author Terrence McKenna explored our history with psilocybin. He theorized that human evolution was mobilized by the introduction of magic mushrooms.

Psilocybin, according to Mckenna, could have brought about various changes in perception. And even the social development that shaped humanity’s journey.

McKenna’s theory, and the attention that has been paid to it, indicate how profoundly humans are moved by psilocybin.

Today, you don’t need to live in an area where psilocybin occurs naturally in order to unlock its benefits.

Mind Mend was established in Vancouver Canada by a group of advocates in response to Canada’s worsening mental health crisis.

Psilocybin products are available as tinctures, capsules, or gummies. These modern delivery methods help you control your dosing.

Effective microdosing has the potential to unlock incredible benefits. Microdosing psilocybin can boost creativity, productivity, and mood. It can relieve anxiety and assist with addiction treatment.

We’re still unlocking the secrets and benefits of psilocybin. But what we know already is fascinating and inspiring.

Shop at Mind Mend today for psilocybin products that are Canada grown, all-natural, pesticide-free, and non-GMO.