How Long Do Shrooms Stay in Your System? 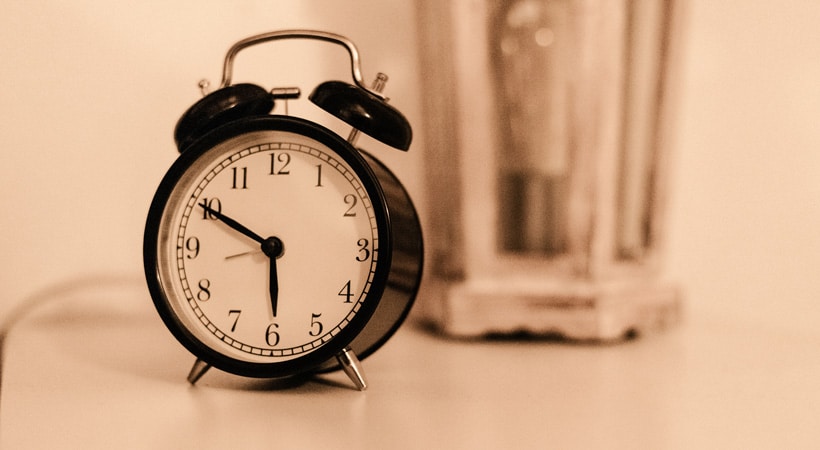 They’re traceable for a certain amount of time in your blood, hair, and urine.

They also have the potential to change your life! So, how long do shrooms stay with you? “Forever” is a fair answer, from that perspective.

Speaking more in terms of their physical presence, a number of other factors play a role. These include dose size and potency, along with the user’s weight and age.

You’ll typically start to feel the effects of shrooms after about half an hour. During this time, the psilocybin and psilocin contained in the mushrooms begin to act as a drug.

The effects of a larger dose can be much more potent than a smaller dose.

The sensations will gradually increase, generally peaking after about 90 minutes. They will then slowly fade away.

You’ll likely be “feeling” it for around four hours with a microdose, and five or six hours with a larger dose.

Some degree of effect tends to linger throughout the day and even the next day. These aren’t really physical effects — it’s more that if the experience opens up your mind to new feelings and ideas, they’ll stick with you.

That effect will be more distinct with new users and with larger doses.

What Factors Influence the Effects and Timing of Psilocybin?

Different variables will determine how strongly and for how long you experience the effects of shrooms.

Here are some of the factors that can increase the strength and duration of psilocybin in the human body:

After a strong trip, you’ll typically feel “like yourself” again after 24 hours. With microdose use,  you’ll never really not feel like yourself.

It’s important to know what to expect from different doses of shrooms. That way you can decide what’s right for you. Learn more about each dosing level with our dosing guide.

The duration of a substance’s effect is often discussed in terms of its half-life.

The half-life of psilocybin is about 50 minutes. However, half-life should not be confused with the effects you feel. The peak effects of magic mushroom use extend well beyond the 50-minute mark.

Long-Term Effects of Psilocybin Use

Physically speaking, you won’t notice much in terms of long-term effects.

Shrooms have extremely low-level toxicity. Therefore, there aren’t any harmful lingering effects to worry about.

Psilocybin doesn’t tend to stick around for too long in your system. We’ll get more into this below when we discuss drug test implications.

The long-term effects you’re more likely to experience concern your mental health and lifestyle. That’s because shrooms can bring about a variety of benefits and new experiences.

Psilocybin may not stick around in your system. But that doesn’t mean it can’t have a lasting effect on you.

With larger doses and “tripping” experiences, use often brings about a deeply spiritual experience. This can involve an enhanced sense of connection or a burst of new ideas.

Tripping experiences can be profound. In fact, research has shown that psilocybin use is often considered one of the high points of a person’s spiritual life.

With microdosing, the experience is less intense. But it’s just as valuable. Microdose use can bring about a variety of daily benefits, such as relief from anxiety or depression.

We’re still learning about the benefits of microdosing. There is exciting research being conducted about smoking cessation. A variety of other research areas are just opening up. These include the exploration of various benefits associated with creativity and focus.

All of these benefits might end up as “long-term effects”. That goes for both tripping experiences and microdosing.

Physically speaking, however, psilocybin is basically in and out. That applies to any dose size. Magic mushrooms do not leave a significant physical after-effect once they have passed through your system.

Learn more about what to expect from consuming shrooms in our FAQ.

Drug tests are typically checking for substances that are considered addictive or harmful. These include cocaine, opiates, phencyclidine (PCP), and amphetamines.

A drug test is described in terms of its “panels”. The number of panels refers to the number of drugs being tested for.

Standard drug tests range from four-panel to twelve-panel. None of these standard tests normally check for psilocybin.

Even when psilocybin tests are performed, they aren’t very sensitive. That’s because psilocybin isn’t easily detected.

Here’s how long shrooms will last in different parts of your system:

These time frames are fast in comparison to some other substances. Cannabis, for example, can be detected in urine up to 30 days after use.

Psilocybin is metabolized quickly. This means that your body “takes care” of it efficiently without leaving any traces.

The highest form of detection would be a hair follicle test. This could identify psilocybin up to 90 days after use. However, performing this sort of drug test for magic mushrooms is very rare.

Here’s the bottom line when it comes to drug tests: shrooms are not an addictive drug, so they’re rarely tested for. They have very low substance abuse potential and growing social acceptance. So, drug testing is a minimal concern with psilocybin use.

Getting Started With Psilocybin Dosing

Now that you know the basics of how long shrooms stay in your system, you can look into what dosing might work for you.

At Mind Mend, we want you to have the best possible experience with psilocybin dosing. That stage is set when you’re informed and you have options.

Modern psilocybin use can be safe, effective, and predictable.

We offer tinctures, capsules, and gummies. With these delivery methods, you know exactly what you’re taking, every single time.

Psilocybin dosing has the power to change lives. The potential is nothing short of inspiring.

That’s why more and more people are unlocking the benefits of microdosing magic mushrooms.  Folks are turning to microdosing to find mood improvement, creativity boosts, anxiety relief, and other benefits.

We love to hear feedback like this from individuals who are seeing changes in their lives:

I’ve battled with social anxiety for most of my life. Microdosing psilocybin has given me the ability to connect on a deeper level with people that I never thought was possible.” -Nick H.