My condition was horrible. After battling with mental health issues for years I found my saving grace – microdosing psilocybin. If you’ve been battling negative mental states like depression, anxiety, or any sort of mental imbalance, I hope my story will help you get on the right path to positive mental well-being.

Hi, my name is Evan. In my early twenties, I began to feel overwhelmed by inexplicable feelings of uncertainty, soul-consciousness, inferiority, and anxiety. All of which resulted in chronic depression. After many visits to the doctors and therapists, I was diagnosed with PTSD.

My deteriorating mental health forced me to turn to alternative healing methods. My go-to medicine at the time was alcohol. The drinking became so bad I couldn’t even enjoy a night in with my family or friends. I was on a path that was getting harder and harder to get back from. The worse I felt about myself, the more I drank – I knew this couldn’t continue.

Anxiousness caused my thoughts to spiral out of control. Meanwhile, my self-doubt hampered my professional progress. My professional milestones were starting to feel farther and farther out of my grasp and when opportunities ended up on my desk, I turned them down. After all, there was someone who could do a better job than me.

I told myself I wasn’t good enough, that I couldn’t be whole. I used to believe that to feel like everyone else; I’d have to take medication, which made me feel like an outcast. I took several anti-anxiety medications, alcohol, cigarettes, you name it to get rid of the way I was feeling. This of course, only internalized and pushed my anxiety deeper and deeper inside rather than dealing with my mental illness face-to-face.

At my bottom, my wonderful friend Linda, a medical student discovered some promising studies on psilocybin, through her own research. She told me it might have a positive effect on my mental imbalance. After that conversation with Linda I went online to find a company that sells Psilocybin products. That’s when I discovered www.mindmend.co. 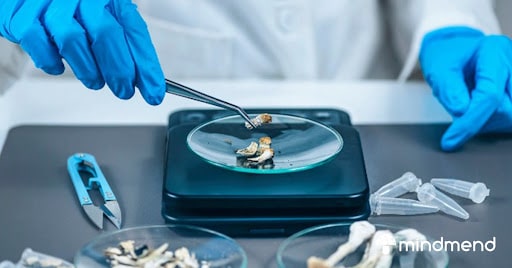 After doing my own research, I stumbled on a study on how psilocybin helped a patient who was suffering from acute depression. My first thought was that it was just another medication. However, as I continued to read, I became persuaded that psilocybin was my only hope. So, I did more research and looked at studies that supported its effectiveness. Psilocybin mushrooms are a polyphyletic informal category of fungi, widely known as magic mushrooms, mushrooms, and shrooms that contains psilocybin and becomes psilocin after ingesting.

In other research on psilocybin intake, where results are repeated in a more broad and thorough survey, specialists tracked down that the individuals who utilized psilocybin (not other hallucinogenics) were less likely to attempt suicide and report periods of depression in the month leading up to the survey were less. Psilocybin helps with anxiety, according to a Dutch study.

Doctors and therapists are increasingly using therapy-assisted vacations to help those with treatment-resistant depression, cancer patients, and those facing death. How to Change Your Mind (Michael Pollan, 2018)  compiles findings from research that suggest that persons with depression, hospice patients, and cancer patients who use psychedelics are less depressed for months or even years after that.

I discovered that psilocybin alters the claustrum’s interaction with brain systems that connect sensation, cognition, and concentration in my further research. It is increasingly being utilized to treat drug and alcohol addictions. The effect of psilocybin in quieting the “ego center” attitude which is overactive in depressed patients is quite amazing.

After my extensive research on microdosing psilocybin, the interactions with people on the Reddit microdosing forum who testified to its effectiveness in reducing depression and anxiety-related plague, I decided to give it a shot. I made my first order of magic mushrooms from www.mindmend.co. 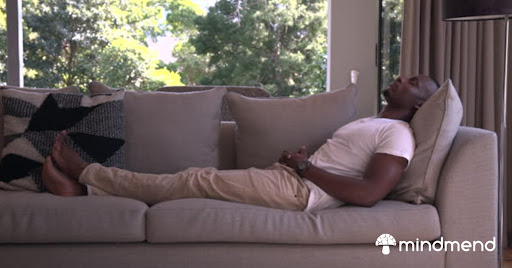 Micro-dosing is the practice of taking micro-doses of psilocybin over a longer period of time to benefit from its physiological functions while reducing adverse effects. Although micro-dosing can be applied to almost any medication, it is usually utilized in psychedelic and hallucinogenic applications.

Initially, I was wrong about the dosage, but after researching and reading reviews on Psilocybin mind-enhancing products on www.mindmend.co., I became more informed.

Before joining the Reddit microdosing forum and speaking with people who had done it, I was eating immeasurable mushroom caps every morning.  I wondered if I was suffering mini-strokes since I became erratic, lost my house keys, forgot my keys in the car, and sent perplexing emails to friends. All of these were the hallucinogenic effects of the overdose I’ve been taking.

According to James Fadiman’s regimen in the 2011 book, The Psychedelic Explorer’s Guide, microdosing psilocybin takes one-tenth of psychedelic mushrooms for roughly a month, one day on, and two days off.

Micro dosing with Tinctures is ideal for on-the-go consumption. With tinctures, you can simply squeeze a drop or two in your drink!.  They are offered in two tasty flavours of grape and sour cherry. The mushroom extract is quickly absorbed for you to notice the positive effects faster than other forms of psilocybin consumption without the discomforts of eating raw mushrooms.

If you are looking to mend your sweet tooth while getting the benefits of psilocybin, I recommend shroom gummies for you. Shroom gummies are perfect for casual day-tripping; they both look and taste like any gummy snack! However, unlike eating raw mushrooms, gummies are ideal for first-timers looking for an easy and palatable way to give microdosing a try. While they don’t look or taste like mushrooms, the benefits are the same: enhanced mood, a performance boost, and give you greater presence and awareness.

Thanks to magic mushrooms, I have healed from my years of battle with chronic depression, anxiety, and addiction. If you are depressed and can’t remove yourself from your sense of worthlessness try Mind Mend’s line of microdosing products. You will be able to connect with others. You’ll become creative.