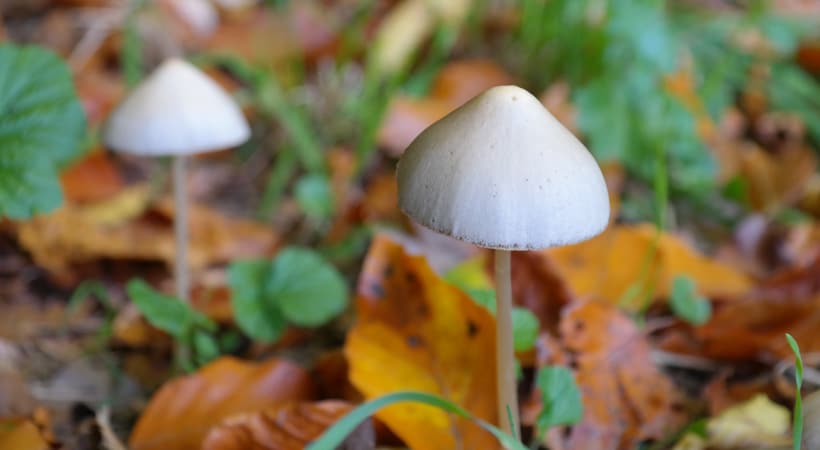 Psilocybin mushrooms have been used for hundreds of years in spiritual practices by various Indigenous peoples.

These magic mushrooms have slowly found their way to the Western world, where both scientists and recreational drug users alike have studied their beneficial effects.

The euphoric and calming effects of certain types of magic mushrooms have led some practitioners to believe that a measured dose of psilocybin may aid in anxiety relief.

Why Are More People Exploring the Wonders of Psilocybin?

The Global Drug Survey 2019 found that out of 11,000 respondents, only 0.4% ever needed emergency medical treatment after taking magic mushrooms. The results deemed magic mushrooms as the safest of all recreational drugs.

Encouraging results such as these further draw average people to seek information and advice on the effects of psilocybin. These curious people wish to learn about the drug for both recreational and medicinal purposes.

If you would like to find out more about what magic mushrooms are and what they can do for you, read our Ultimate Guide to Magic Mushrooms.

As more research is conducted into both the positive and negative effects of shrooms, more people are beginning to experiment and draw conclusions surrounding the drug’s use.

Due to this increase in use, scientists are conducting studies, like the work of Kraehenmann et al, to properly measure the effects of psilocybin on those with mental illnesses such as anxiety and depression.

These studies have been conducted with the aim of discovering whether psilocybin aids in the treatment of these illnesses.

So far, the studies on the effects of psilocybin and how it might help to relieve anxiety show promising results. However, more wide-scale studies are still needed to legitimate and legalize the drug’s medicinal use.

According to Healthline, anxiety is a response to fear or apprehension; it is your body’s reaction to stress.

If you experience these feelings long term and they interfere with how you live your daily life, this may indicate that you have an anxiety disorder.

There are multiple types of anxiety disorders:

Anxiety is one of the most common mental illnesses worldwide. In 2013, it was reported that around 3 million people over the age of 18 suffered from an anxiety disorder in Canada.

The prevalence of anxiety means that there are various medicines and practices available to help treat the disorder.

It’s easy to believe that the negative effects of anxiety might cause you to have a bad trip on magic mushrooms. Some adverse effects of shrooms include:

These effects are, understandably, not harmonious with anxious feelings. Studies, such as that conducted by Daniel and Haberman, have shown that these adverse effects can be muted by taking psilocybin in small amounts.

Instead, the study suggests that psilocybin’s positive effects are heightened to effectively combat anxiety.

Common Side Effects of Psilocybin

The most common positive side effects of psilocybin are:

Generally, these positive side effects leave users of magic mushrooms feeling elated and relaxed. These kinds of feelings are diametrically opposed to anxious feelings; feeling tense, worried, and fearful.

Consequently, it’s easy to assume that the use of psilocybin in the treatment of anxiety disorders is effective.

However, the more potent effects of magic mushrooms, such as the hallucinogenic effects often produced, are not suitable for medicinal use.

Consuming magic mushrooms in recreational doses is not a realistic way to relieve daily feelings of anxiety. Taking larger doses of psilocybin when feeling anxious could bring on a bad trip.

To prevent the stronger effects of shrooms, anxiety sufferers have taken to “microdosing”.

Microdosing is fairly self-explanatory: It is the taking of a very small dose of psilocybin in the form of dried mushrooms.

Microdosing has seen a rise in popularity among those who wish to use magic mushrooms to alleviate anxiety and depression. Taking a small dose of psilocybin elevates the drug taker’s mood without causing stronger effects such as hallucinations.

The typical recommended amount to microdose is a tenth of a recreational dose of dried mushrooms. This amount can be taken several times a week.

James Fadiman, PhD, advises in The Psychedelic’s Explorer’s Guide that when microdosing, individuals take one day on and two days off, to ensure the effects don’t become too potent.

The amount of the drug taken can be tweaked depending on the individual user’s experience. A typical amount of magic mushroom to microdose is between 0.1 and 0.4 grams.

Now for the proof…

Of all the studies we found, 100% of them concluded that the use of psilocybin in the treatment of anxiety has shown positive results and long term solutions.

It is therefore highly likely that certain types of magic mushrooms, when taken in small “microdoses,” can act as an aid in the treatment of anxiety and other mood disorders, such as depression.

So Why Is Psilocybin Not a Mainstream Anxiety Treatment?

There still needs to be a further study on the effects and effectiveness of psilocybin use. Future studies must aim for wider testing and larger control groups.

Magic mushrooms are still an illegal substance in the majority of countries worldwide. The consumption of magic mushrooms is still deemed as drug use, whether this is taken recreationally or medicinally.

More research needs to be conducted to definitively prove that psilocybin is an effective treatment of anxiety and the stigma surrounding the drug needs to be removed.

Only then can we bring this supposedly effective and potentially revolutionary treatment into the mainstream.

If you are curious or tempted to try microdosing shrooms for the treatment and relief of anxiety, the information laid out above is definitely something to consider.

We would recommend doing your own further research, too.

The psilocybin compound found in certain types of mushrooms has been shown to work just as well in relieving anxiety as any anxiety drug.

Microdosing shrooms can be extremely helpful in aiding those who suffer from anxiety to cope with daily life.

Before taking any drug, including psilocybin, it is advised that you consult a professional. Getting therapy as an outlet to treat mental illness is always the first recommended step.

It’s important to not source and dry your own magic mushrooms from the wild. A psilocybin mushroom may look similar to a poisonous mushroom. Try foraging with a professional or buying dried mushrooms online.

If you want the answers to general queries about magic mushrooms, please take a look at our FAQs.