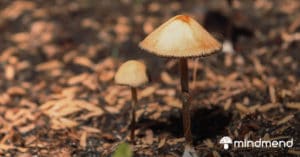 Microdosing as a practice has various iterations, with the point being to experiment a little bit personally and find what works best for your schedule, work life and benefit. Even though it is a practice that has taken the modern world by storm, it was developed with great care and experimentation by various researchers and pioneers in the field of Psychedelic research. Some of these include Timothy Leary, Richard Alpert and James Fadiman. Fadiman was key in the generation following the work of the initial American psychonaut era, in tracing together a detailed methodology for the practice of Microdosing. Albert Hofmann who invented LSD said that micro-dosing was the area psychedelic studies with the most neglected research.

James Fadiman, Ph.D., did his undergraduate work at Harvard and his graduate work at Stanford, doing research with the Harvard Group, the West Coast Research Group in Menlo Park, and Ken Kesey. He is the author of The Psychedelic Explorer’s Guide.

Why microdose at all might be a question one has, especially when still perceived as the ingestion of substances that can cause a disconnect from reality. While debunking this myth in a 2018 podcast with Tim Ferriss, Fadiman said ‘With psychedelics it is actually a low enough dose so it could be called sub-perceptual, which means you don’t necessarily see any differences in the outside world. As one person said to me, “The rocks don’t glitter even a little, and the flowers don’t turn and watch you.” The key point is that no psychedelic effects are ever felt in a microdose. A microdose will not provide any visions, incredible breakthroughs from past experiences or any grand insights. Microdosing belongs to a whole new family of effects which Ayelet Waldman in her book ‘A Really Good Day’, accurately describes as ‘working more effectively, you’re comfortable making cold calls, you’re a bit kinder to people, at the gym you do one more set of reps and in the end, you’ve forgotten that you’ve taken a microdose’.

Generally speaking, there is not much difference between microdosing LSD and Psilocybin, however according to some communities of microdosers, LSD has shown to have a little bit of an analytical sensoria and Psilocybin a more emotional one. These are however not clinically proven and therefore should be taken as community-based observations. The only difference is LSD is an 8-10 hour event and Psilocybin is a 4-7 hour event in terms of acute psychoactive activity. But when you look at it as a practice of every three days, as it is in the Fadiman Schedule – This difference bears out.

METHODOLOGY & FACTS
A microdose is also known as sub-perceptual doses, sub-doses or ‘tener’, the practice of microdosing is usually identified as consuming 0.1g – 0.4g of psilocybe cubensis which roughly translates as something between 6-12mg of Psilocybin. Doses above this aren’t categorized as a micro dose and tend to veer more towards a mini dose or the ‘museum dose’ (with colors becoming more vivid, closed-eye visuals, distracting thought patterns etc).

The key to microdosing is, to start small and be systematic. This not only allows you to adapt your doses to what you think is best for you but also have enough time to perceive the experienced effects qualitatively and quantitatively.

The standard practice of microdosing colloquially known as ‘1 DAY ON, 2 DAYS OFF’ goes like this:

DAY 1
One microdose (6-14mg os Psilocybin) in the morning, followed by your normal routine.

DAY 2
No dosage, with a focus on any lingering effects, normal routine. Usually mentioned as the best day by a growing number of practitioners.

DAY 3 – REST
No dosage, continuing with your normal routine. This is intended as a return to baseline in order for the entire body to register the changes that occurred over the past 2 days and in order to move into the next. This is the practice as recommended by James Fadiman who stated that, “We wanted people, on the third day, to experience how they feel without the substance and to reflect on the differences between ‘on and off’.

On the 4th day, microdose again. Per the Fadiman method, this cycle is repeated 10 times (approximately a month), it is recommended to take a break in order to ascertain what works best for you. The important part is to find how this cycle could suit your needs best, not as some rigid structure that one must follow to get some benefit.

It is important to note that if you feel at any point that you are on the cusp of a psychedelic experience, it is not a microdose. The effects of microdosing are far more subtle and are commonly perceived as a slight increase in energy, enhanced creativity, and enhanced concentration.

There are usually no requirements for a trip sitter while you microdose, but it can be immensely enhanced by attending to schedules that ensure the productive insertion of microdosing into a day’s schedule. This can include fixing hours for work, for meditation, for eating and for some recreational activity.

It was also found that people who were involved with consumption through microdosing were far less susceptible to abuse of the substance.

According to Fadiman, “Psychedelics are very peculiar. They are anti-addictive, which means if you take it on Day 1 and you have whatever experience you have, then you take the same amount on Day 2, you may or may not have the same experience, and on Day 3, you may feel nothing.”

People were microdosing to self-medicate rather than following the trend, popularized in Silicon Valley, of consuming small amounts of psychedelics to enhance creativity according to Professor Adam Winstock, the founder and director of the Global Drug Survey. Microdosing Psilocybin has been a useful tool for people who are dealing with addiction issues that are not limited to alcohol or drug dependency, but also dependency on pharmaceuticals.

Let’s say you weigh 175 lbs. and, hypothetically, gain 75 lbs. of muscle or fat; the fact is that this has no impact on the size of your brain. According to Fadiman, for a substance that predominantly affects your brain, height and weight play no major part. One can ascertain from the aforementioned microdosing scale, which amount works best, without worrying about any intense repercussions.

CONTRAINDICATIONS
Microdosing is generally one of the safest ways of consuming Psilocybin; however, there are certain situations when doing so is contraindicated. These include certain psychological/physiological conditions or the use of certain medications. The contraindications listed are sourced from years of studies involving participants with a variety of backgrounds and differing conditions. More than a list of rigid rules, they have been compiled as a journal of experiences from the participating people, or as Fadiman puts it – ‘Citizen Science’.

An extensive list of medications generally considered safe in combination with microdosing are listed here. These doses do not interfere with the effects of the medications or vice versa, although they may alleviate the symptoms or the underlying conditions for which you take this medication or supplement. The one important exception so far to this is lithium, for which we have one possible interaction report. It is not recommended that people with colorblindness, who live with diagnoses of psychotic disorders or along the autism spectrum try microdosing. People with colorblindness report lasting visual distortions from microdosing. Literature suggests people with psychotic disorders may be harmed by psychedelics. In our experience, people with diagnoses along the autism spectrum seem to require dosages that far exceed what is traditionally considered microdosing.